We follow the teachings and methods of the late karate master Sensei Taiji Kase (see influences). Our founder and chief instructor Sensei Norman Gomersall trained with Sensei Kase for many years. Kase Ha Karate Do is a traditional martial art, creating power from shock. POWER–KI–BREATHING. It is this knowledge that we aim to pass onto all students who train with us. The club have followed the teachings and guidance of Sensei Velibor Dimitrijevic, a senior student and assistant to Sensei Kase (see influences) since 2005 and attend his courses throughout Europe. We use the VEBODO training system incorporating technical and physical aspects with abdominal breathing and mind control.

In 2016 Sensei Velibor left the KSKA and has set up the Kase Ha Shotokan Ryu Budo Academy, which the Oxford club is part of, along with clubs in Sweden, Portugal, Finland, Norway, Spain, Portugal, Greece and of course the Serbian Academy.

Training is on Tuesday and Thursday evenings, 7pm to 8.30pm at the Barker Gym, Radley College, Kennington Road, Abingdon OX14 2HR. Sessions are £10 each or £50 per month. Annual licence is £30. 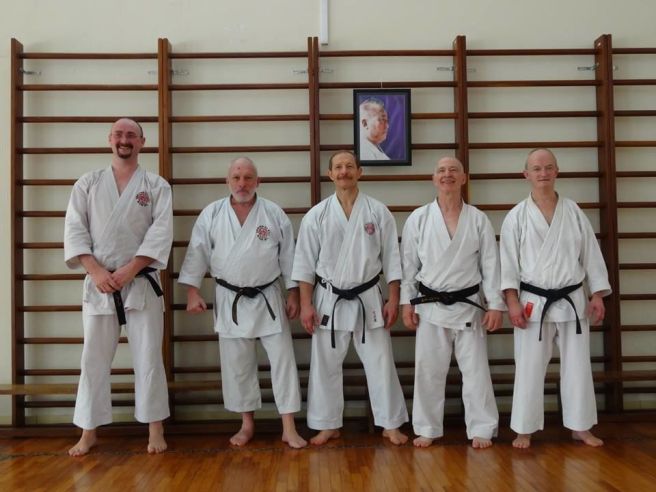 Our training is based on Sensei Kase’s form of budo karate and not sports karate. Karate is for life and is a life philosophy, read more in the KSKA section.

Set up in 1985 by Norman Gomersall 5th Dan after moving to Oxford from Bradford. The club was affiliated to the Karate Union of Great Britain until 1990 when Norman joined the newly formed English Shotokan Academy, founded by the late Sensei Steve Cattle 6th Dan. The club left the ESA in 2015 to be part of Sensei Velibor Dimitrijevic’s group.