There are only a handful of men alive who can be credited with taking Funakoshi’s Okinawan art form and contibuting to the development of what we know today as traditional Karate-Do. With the passing of Taiji Kase Sensei, we have lost another ‘first generation’ JKA Master and (later in life) founder of a new Ryu-Ha. 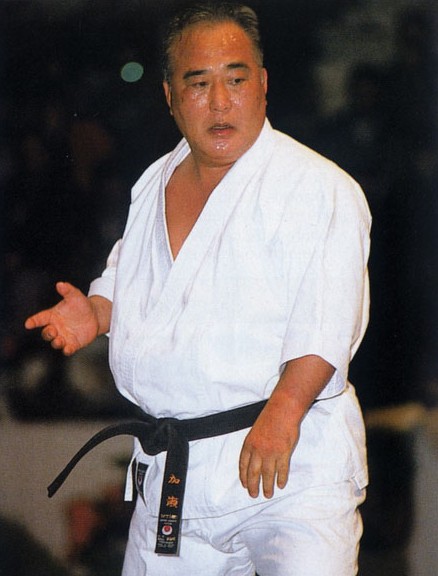 Kase Sensei was, to say the least – different. If there is such a thing as a model Shotokan exponent and teacher, he did not fit it, either in appearance or philosophy. It was clear to most that his brand of Karate was outside the mainstream.

Taiji Kase was born in Japan on January 9th, 1929. His father was a Judo Instructor, so it was no wonder that he started Judo very early in his life around the age of 6. In his Judo days he came to know such masters as Kyuzo Mifune and Masahiko Kimura and he trained briefly with Mas Oyama the founder of Kyokushin Karate. In 1944 at the age of 15, he was graded to Judo 2nd Dan. That same year, after reading Gichin Funakoshi’s book ‘Karate-do Kyohan’ he began practicing Karate at the Shoto Kan, master Funakoshi’s Dojo. Kase Sensei has said the following about those days;

‘In 1944 the people who owned a Katana, firearm or practiced Karate had to inform the police about it, because they considered it a weapon, which was not the case with the other martial arts. At this time, I was practicing both Judo and Karate. When I was about to obtain 3rd Dan in Judo, I had to stop practicing it, since Karate took most of my time’.

Funakoshi Sensei’s 3rd son Yoshitaka had a great influence on Kase in his formative years. Yoshitaka or Gigo as he was known, was by some accounts a Karate genius who enhanced his fathers teachings with his own interpretations. Genshin Hironishi was another teacher at the Shoto Kan who had a great affect on Kase who, throughout his life was to remain very much connected to the teachings of these two masters. In his early days, Kase Sensei also practiced Aikido with the founder ‘O Sensei’ Morihei Ueshiba. At 16, he enlisted in the Imperial Navy but the war ended that year, so it was against the backdrop of post-war Japan that he continued his training and education. But the Shoto Kan had been destroyed in Allied bombing raids and the young Kase was not able to find a Dojo so he went back to Judo until Funakoshi Sensei re-formed the Shoto Kan group. In 1946, he graded Shodan in Karate-Do and in 1949, as captain of the Senshu University team, he graded Sandan. At that grading, Takagi the captain of Chuo University and Shimamura the captain of Takushoku (and Sempai to master Nishiyama) obtained the same rank of 3rd Dan. In 1951, he graduated from Senshu with a degree in Economic Science.

Master Kase wanted to become a professional Instructor, so he joined the newly formed Japan Karate Association, the institution founded by Funakoshi Sensei’s senior group headed by Masatoshi Nakayama who remained JKA Chief Instructor until his death in 1987. The JKA was the worlds first ever properly constituted Karate body with a stated purpose. It was appointed by the Japanese government to teach Karate in the education curriculum and had a policy to expand Budo Karate worldwide. At the JKA, Kase Sensei helped in the development of many younger Instructors such as Enoeda, Ochi, Shirai and others. It is also said that at that time he eagerly took on the responsibility of dealing with the “challenges” against the JKA, which evidently took place often.

In 1964, the year of the Tokyo Olympic Games, Kase Sensei left Japan as part of the of the JKA’s plan to globalise Karate. That year he spent time in South Africa and here again, in 1965 he taught alongside masters Kanazawa, Enoeda and Shirai. Shortly after that he conducted a tour of the USA and Germany, then went to the Netherlands and Belgium. In 1967 he spent time in Milan helping Master Shirai establish himself as Chief Instructor in Italy, then in 1967 he arrived in France where he was to settle permanently. Stories abound about the early days in Paris where it seems Kase Sensei had to prove himself by standing up to several direct physical challenges from French Karate champions of the day. Henry Plee, the man known as the pioneer of French Karate spoke about this when he said that, once you saw Taiji Kase in action, you admired and respected him because, ‘he goes directly to the essential. Technique for him is only the means – what is really important is the result’.

Kase Sensei’s brand of Karate was naturally suited to his body type. He was possessed of a very stocky but strong physique with short legs and arms, but incredibly his waza defied his appearance. He would routinely hold classes where nothing but keri waza was practiced. Not just the front and side kicks, but every conceivable variation of hook-kick, reverse roundhouse kick, heel kick, inside front roundhouse kick etc etc. For sure, Kase Sensei had at some point become determined to be a kicking specialist despite not having the long skeletal structure thought to be necessary for good keri-waza. Whilst his leg techniques amazed everybody, his open hand techniques, his fast and precise movement and his unique Kamae were also special.

He taught blocking techniques with a full range movement at maximum power then reduced the movement, firstly to half range and then to just a few inches. During this process, he would still retain the power of the block as if it was a full range movement – very difficult to do. He maintained that in combat there would be no time to do a full range block, but short range blocks done at full power would hurt the opponent’s attacking limb. He described this as “speed plus power Karate”. In kumite, he said among other things that ‘you should be able to go from zero to one hundred percent in an instant’. 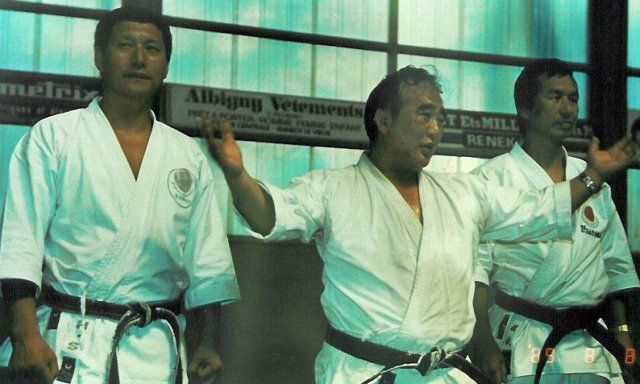 By the early 70’s Kase, Enoeda, Shirai, Ochi and some others had had firmly established JKA in Western Europe. The group regularly held seminars together such as the famous Crystal Palace courses in London where Karateka from all over the world would gather to learn from them. In the 80’s Kase Sensei published two books including Eighteen Superior Katas and Five Heian, detailing the applications and main technical steps. These books have been published several times.

Kase Sensei’s Karate had great appeal. He naturally attracted a following of like-minded people for whom he represented more than an Instructor. To some, including the late Steve Cattle formerly of the KUGB (a JKA affiliate) and founder of the English Shotokan Academy, he was the way forward. Steve, who died in 1995 was one of Kase Sensei’s closest students. In the late 1980’s he said “Sensei Kase is planning a system of Shotokan Karate which will take us not into the 1990’s but into the next century. I intend to follow him, I simply want to get better.”

Kase Sensei remained with the JKA until the late 1980’s, when he left to set up his own organisation. As Henry Plee said, Taiji Kase wanted to do just Karate, and this allowed him to do that in the way he wanted. In 1989, Kase Sensei and Shirai Sensei founded the World Shotokan Karate Academy. The WKSA is dedicated to the education of black belts and professionals of Karate-Do Shotokan. As President his principal interest was continuous progress. This way, future generations will keep improving, and maintaining Karate-Do as he saw it.

Sensei Kase was living proof of just how much could be achieved with disciplined and regular Karate training. He was always willing to share his knowledge and experience with those who listened. One piece of advice he gave was that “all Karateka should practice at least for 20 years before making their mind up whether to continue or not. Only then all the hard work is starting to bear fruit. Then you will improve quicker and the training gets easier. When one reaches this feeling, one is not willing to loose it.”

In the spring of 1999 he suffered a heart attack, but 6 months later he was teaching and training again, technically as superb as ever and mentally stronger than ever. He said “If you teach Karate, you have to practice regularly yourself. You have to practice harder and more than your students. If you have practised for long enough, Karate is inside you and you can train wherever you are’.

Kase Sensei studied the old books of Budo as well as appreciating poetry and philosophy. He was a great Martial Arts historian, which is no wonder considering his acquaintance with so many masters and influencers. In a lifetime which spanned the very early years of mainland Japanese Karate through to its consolidation and spread across the globe, he has contributed more than most.

Once asked for some general advice to Karateka, Kase Sensei replied; ‘My advice for the pupils of Karate-Do is very simple. You must remember what Gichin Funakoshi said – “Karate Ni Sente Nashi” (There is no first attack in karate) and understand the idea mentally as well as technically. You must do everything possible so that the attacker understands that it is better for him not to attack, to feel it and accept this. This is the true meaning of the saying “Karate Ni Sente Ashi” – that the adversary does not begin attacking and so there is no fight’.

‘O Sensei’ Taiji Kase passed away on 24th November 2004 in Paris France. He was cremated in a private ceremony following a meditation and homage to his memory by family, friends and students. He is survived by his wife Cheiko and two daughters. There are not many from Kase Sensei’s generation left in the world who have dedicated their lives to the practice and spread of Karate-do.