Today the 24th November 2014 is the 10th anniversary of Sensei Kase’s death. He is the inspiration behind everything we do at the Oxford club. Sensei Gomersall was ‘blown away’ when Steve Cattle took Norman to Alicante to train with him for the first time.

Senior members of the Oxford club had the pleasure and the privilege to train with Sensei Kase on numerous occasions throughout Europe. We have our memories of such times and at times like today we thank him for his devotion to his students and his warm heart.

Below you can see Norman with Sensei Kase and presenting him with a present on his 70th birthday. 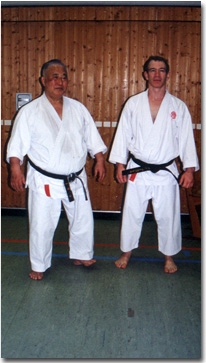 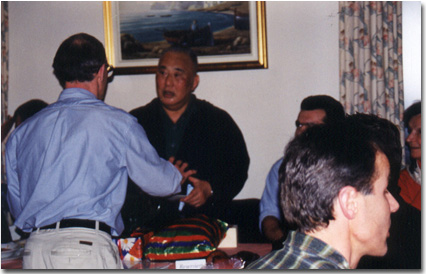 View all posts by kaseha